This coffee table is inspired by the tortoiseshell & mother of pearl inlaid calligrapher’s pen box from Ottoman Turkey, dating back to the 17th century. The internal compartments inspired the table’s tray concept and the bird-topped box.

The table is made of walnut wood, antique brass and adorned with a mother of pearl inlayed box, topped with a playful brass parrot. This is a motif that was popular during 17th -18th century Moghul India. 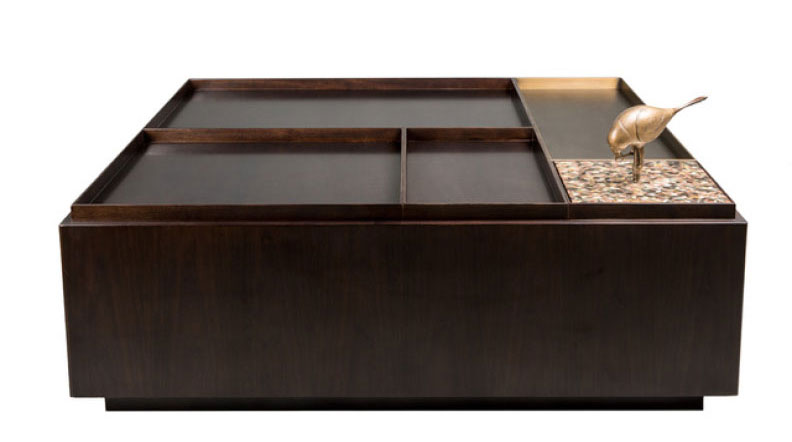 This Ottoman Tortoiseshell and Mother-of-Pearl Inlaid Calligrapher's Pen Box from 17th Century, Turkey is one the artifacts that resonated with me and inspired my ‘Shadows and Patterns’ furniture collection. These type of boxes belonged to an elite group as well as revered calligraphers. They reflect the status of the owner as well as pay tribute to the writing tool and the act of Arabic (Islamic) calligraphy itself. 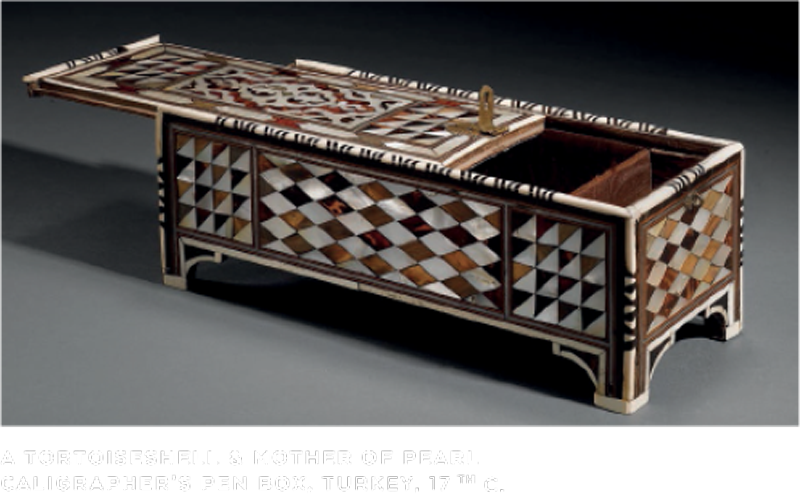 This Finial in the form of a Parrot is one of five artifacts that inspired the first ‘Shadows & Patterns’ collection. It is made of brass and dates back to the 17th-18th century, Mughal India. "The strong sculptural traditions of pre-Islamic India continued to some extent during the later period, when figural elements such as this parrot were used as finials and other types of embellishment. The informal choice of subject and the simplicity of style suggest that this piece probably belonged in a provincial, rather than imperial, court setting. Ubiquitous in Indian life and often depicted in Mughal and Deccan paintings, parrots were also known in literature of the Mughal period, such as in the Tutinama (Tales of a Parrot)." This parrot is on display at the Metropolitan Museum in New York. 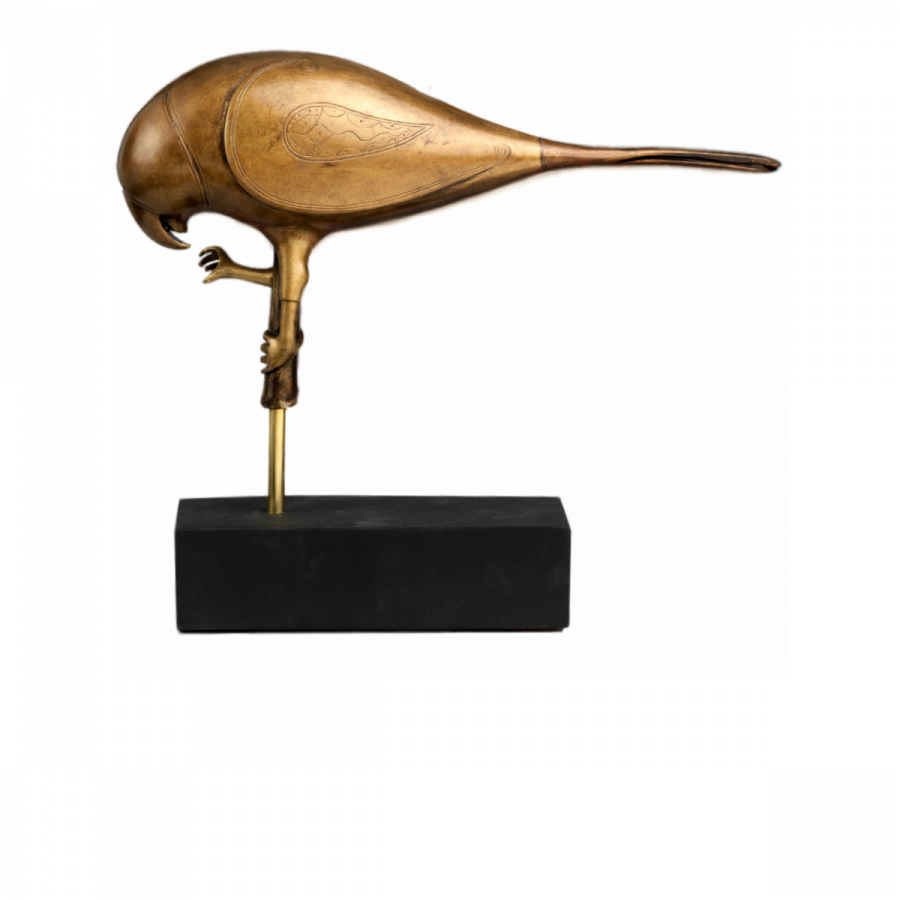