SEAT AND BACK CUSHION SHOWN IN STANDARD COLOR VELVET. 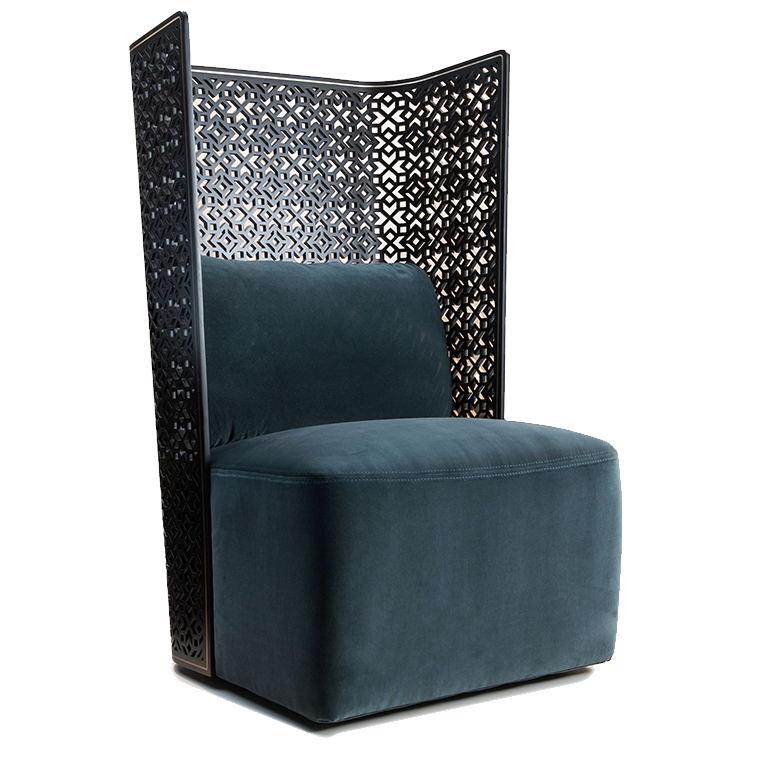 This beautiful Mashrabiya is one of the exquisite features at the 19th century Al-Riffai Mosque. It is flanked by massive stone columns and a majestic marble façade overlooking several royal tombs. This mosque was completed over a span of 43 years from 1869 to 1912 and contains a prayer area and a mausoleum for several Egyptian kings. The mosque takes its name from its site; the Riffai Zawiya, a pilgrimage site for locals who believed that the tomb of Shaikh Ali Al-Reffai (a medieval Islamic spiritual figure) had mystical healing properties.

The origin and function of the mashrabiya comes from an Arabic root meaning the "place of drinking," which was adapted to accommodate the first function of the screen: "the place to cool the drinking water." From this beginning the mashrabiya developed into an important architectural feature that for centuries served, as window, curtain, air conditioner and refrigerator. In Egypt, mashrabiyas began, in the 14th century and flourished to become works of wonder. They were expensive and limited to palaces and homes of wealthy merchants. Later they were introduced into mosques on a much larger scale, serving the same purpose: filtering intense sunlight and providing a cool shaded interior conducive to prayer and meditation. 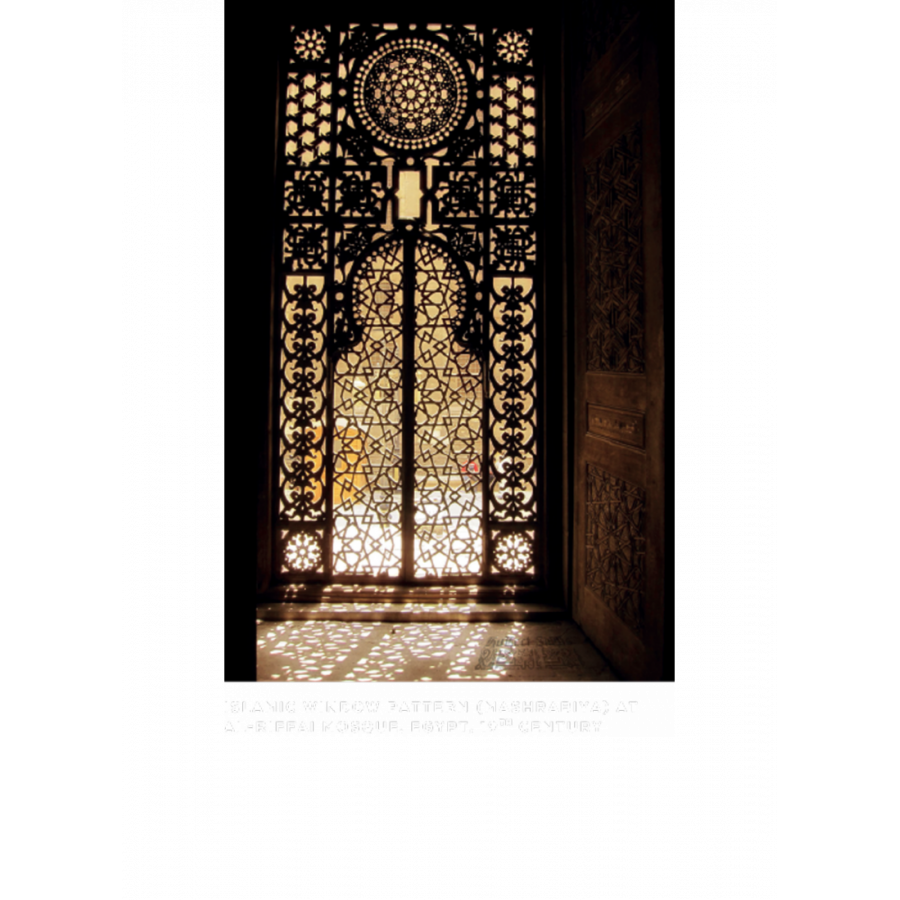